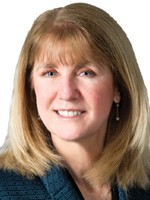 A Leader with Executive Court Leadership on the State, National & International Levels, Carter will be Recognized on December 1 with a Judicial Council of California Distinguished Service Award

After leading the operations of the nation’s largest trial court for nearly a decade – including oversight of an annual budget totaling almost $1 billion and a 4,800-member workforce – Executive Officer/Clerk of Court Sherri R. Carter will be retiring from court service at the end of December, Presiding Judge Eric C. Taylor announced today.

“Ms. Carter’s leadership has fundamentally transformed the largest court in the nation: from new case management systems to business process improvements, to flexibility in the face of disaster – her commitment to modern management and administration is unparalleled,” Presiding Judge Taylor said. “It has been an honor to work so closely with her during this historic time of crisis. On behalf of the bench, I offer my most sincere congratulations and gratitude for her unshakeable dedication and team leadership as we navigated the Court through a once-in-a-century pandemic to provide safe access to justice for the residents of Los Angeles County.”

Presiding Judge Taylor nominated Carter for the Judicial Council of California’s Distinguished Service Award for her many accomplishments in the furtherance of access to justice and outstanding court administration. Carter will receive the award during a ceremony in December.
Posted by Ben Shatz (SCAN) at 2:48 PM