The California Academy of Appellate Lawyers has submitted recommendations to the California Judicial Council “to improve the efficiency of the appellate process statewide.” These come in response to allegations of long-delayed opinions in one district, and include a request to implement changes recommended in another report 21 years ago.

Also of note, retired federal Judge Shira Scheindlin has Trump's judges will call the shots for years to come. The judicial system is broken. 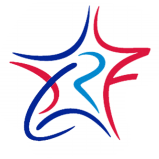 "The California Supreme Court on Wednesday issued an order announcing that the exam will take place in person Feb. 22-23, “subject to any restrictions that may be imposed by any state or local public health orders in effect on those dates.”" 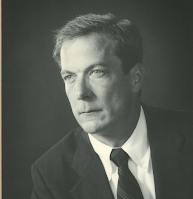 "Joseph (Joe) Lane, the former Clerk/Executive Officer for the Court of Appeal, Second Appellate District in Los Angeles died at age 69 yesterday after a brief battle with cancer. His career with the appellate court lasted 39 years before his retirement in 2018."
The appellate community mourns Joe's passing: "he was a true gentleman who never lost sight of the fact that the Court was there to serve the public"; "his philosophy was that that the goal of the clerk's office was to help people get into court--a refreshing approach, when it so often seems like many clerks look for reasons to keep people out of court"; "always a mensch"
Posted by Ben Shatz (SCAN) at 2:21 PM

Today's DJ has Marc Alexander's book review of Justice Breyer's "The Authority of the Courts and the Peril of Politics," titled Do Justices studiously try to avoid deciding cases on the basis of ideology?

Yesterday's MetNews has Ninth Circuit Judges Spar Over Citing Unpublished Cases: Rawlinson Argues in Dissent That Court of Appeal or Appellate Divisions Opinions Not Certified for Publication Can Provide Insights As to How the California Supreme Court Would Decide Questions of State Law about State Farm v. Penske Truck Leasing.

The Recorder has an interview with M.C. Sungaila, Q&A: Buchalter’s Appellate Chair Says Virtual Arguments Can Be ‘Fun’.
Want some mentoring about how to become a 1st District Justice? Apply via the California Judicial Mentor Program (Appellate). Read about it here: First Appellate District Launches Judicial Mentorship Program -- Mentorship program is part of a larger statewide effort to diversify the California bench

On the practice front, don't miss footnote 2 here, where the court tears into a "hideous" oversized appendix! The phrase "wretched excess" is cited. The court also provides this nice reminder: "Citing to the Register of Actions, rather than including the document itself, is an appropriate way to reference that a document was filed if its contents are unimportant to the issues on appeal." 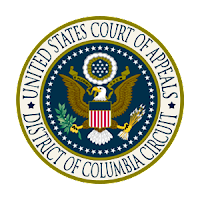 Also of note on The Marble Palace Blog: 'OYEZ! OYEZ!' Meet the New Marshal: "The Supreme Court has a new voice: Gail Curley, the court’s new marshal. She began her service June 21 but wasn’t seen in the courtroom until the First Monday in October. The position of marshal is best known for “crying the court,” a quaint phrase that means in plain language that she announces the court’s arrival on the bench when it is in session."

Gail Curley, the new marshal, was an Army colonel and judge advocate general. It is not unusual for the court to recruit important officers of the court from the military.
Retired clerk of the court William Suter, himself a top JAG official, [said], “Military retirees are attractive to certain employers, the state and federal judiciaries in particular. SCOTUS thrives on tradition and discipline, just like the military. Military veterans have also lived a life of observing and providing good leadership.” 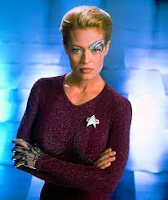 Bloomberg law has Hybrid Format Leads to Longer Supreme Court Arguments -- "The U.S. Supreme Court has taken a more lax approach to time limits since returning to in-person arguments this month and that’s leading to longer sessions." The article notes that time was exceeded in 7 of 9 cases heard this month.
The NYT runs this op-ed on Justice Thomas.

The DJ has 3rd District Speedup too late for some defendants -- "Some defendants have served months or years more in prison or jail only to have their sentences reduced or vacated by the 3rd District Court of Appeal after they were already released, attorneys say."
Law.com has Is Now the Time for Law Firms to Rethink the Makeup of Trial Teams? "Some law firms are using the pandemic to experiment with trial teams that also include appellate lawyers." "[W]hile adding appellate attorneys to trial teams is not new, the pandemic may have accelerated the trend" because "there's been an increased emphasis on dispositive motions, and on pretrial appellate remedies" to move cases off trial court dockets.
Posted by Ben Shatz (SCAN) at 8:23 AM 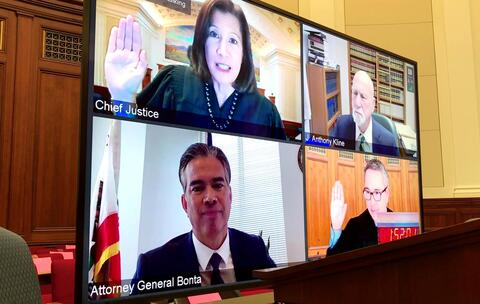 Justice Victor A. Rodriguez fills the vacancy created by the elevation of Justice Teri L. Jackson as Presiding Justice of the First District Court of Appeal, Division Five. Justice Rodriguez served on the Alameda County Superior Court since 2018. He served as supervising staff attorney for Justice Mariano-Florentino Cuéllar at the California Supreme Court from 2015 to 2018, where he also served as judicial staff attorney for Justices Carlos R. Moreno, Goodwin H. Liu, and Carol A. Corrigan from 2006 to 2015. He served as a law clerk for Judge Consuelo B. Marshall at the U.S. District Court for the Central District of California from 2005 to 2006. Judge Rodriguez was a Skadden Fellow at the Mexican American Legal Defense and Educational Fund from 2003 to 2005. He earned a Juris Doctor degree from the University of California, Berkeley School of Law and a Master of Arts degree in Communication Studies from California State University, Long Beach.
The Recorder has Alameda County Judge Victor Rodriguez Confirmed to First District Court of Appeal
The DJ has Alameda judge confirmed to court of appeal, noting "His appointment boosts the number of Hispanic justices on the state appellate courts to eight, compared to California’s population, which is nearly 40% Latino."
Posted by Ben Shatz (SCAN) at 3:53 PM 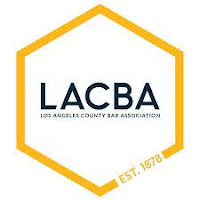 The LA County Bar Association's Appellate Courts Section will be presenting the following:

UC Davis School of Law is hosting the Martin Luther King, Jr. National Civil Rights Moot Court Competition this weekend. They are in need of some volunteer judges for Saturday afternoon from 1:45pm to 5pm. This competition is virtual.  If you would like to volunteer to be a judge, please contact Vivienne Pismarov by email at  vapismarov@ucdavis.edu

Also of note: At The Lectern has this interesting post on the the Cal Supreme Court as a feeder court for SCOTUS clerks: 13 have clerked at both the U.S. and California Supreme Courts

Today's DJ has Dean Chemerinsky with There is no such thing as value-neutral judging: "Over a century ago, the Legal Realists exploded the myth that judges can mechanically apply the law without making value choices. Now, astoundingly, several U.S. Supreme Court justices are trying to tell us that their views and ideology have nothing to do with their decisions. That is nonsense and it is hard to imagine they are persuading anyone."

Volunteer Board of Directors Members Sought 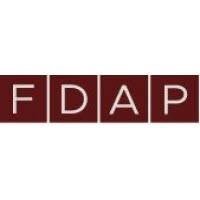 Volunteer Board of Directors Members Sought: The First District Appellate Project (FDAP), a non-profit law firm based in Oakland is conducting an open search for multiple Board of Director positions to be filled in 2022. FDAP’s mission is to ensure quality representation of individuals who cannot afford counsel in criminal, delinquency, dependency, and mental health appeals in California’s First Appellate District and in the California Supreme Court. To carry out this mission, FDAP recruits and trains panel attorneys; matches attorneys to cases based on their experience, skills, and expertise; and provides panel attorneys with direct assistance in their cases. In a small number of cases, the Court also appoints FDAP staff attorneys to provide direct representation to indigent clients. FDAP board members are actively involved in organizational governance, including oversight of the executive director, financial oversight, and ensuring that organizational programming and administration serve FDAP’s mission. Board members attend three regularly-scheduled board meetings annually and other meetings scheduled as necessary, participate in board committees, and review materials prepared for board meetings. 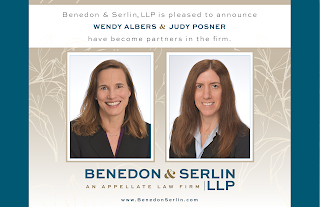 LACBA's Appellate Courts Section will present a Zoom webinar on October 19 at noon on:Reducing Bias in the Legal Profession Through Diversity Mentoring in Appellate Practice 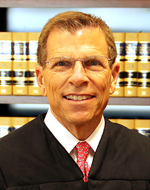 Justice Richard M. Aronson (Ret.) is receiving the Orange County Bar Association Appellate Law Section’s David G. Sills Award for Appellate Excellence on the evening of Tuesday, November 9, at the Turnip Rose in Costa Mesa. We’re very excited to honor Justice Aronson’s contributions to the law at this event, which will be held outdoors. 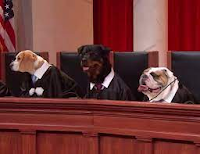 PJ Gilbert's Under Submission column this month is My Warranty is Up, in which he writes: "I am optimistic that Supreme Court justices who read this column will take my advice and write shorter opinions." He's also not a fan of the acronym used to refer to the nation's highest court:

Do not mean to be disrespectful, but SCOTUS is a good name for a pet dog. "Here SCOTUS. Come SCOTUS. Be a good SCOTUS." I cannot help myself, but lately I have been saying "Bad SCOTUS." And with the cases set for argument this term, SCOTUS needs a strong leash. Nobody's listening, but why doesn't SCOTUS and other courts write shorter opinions?

Law360 has One-Third Of Americans Open To Disbanding High Court about a startling survey released Monday.

The DJ's Exceptionally Appealing column today has Tricks and treats in Halloween precedent.

There's also been much press along the line of this Recorder article: Former Judges Join Call for Bar Investigation of John Eastman 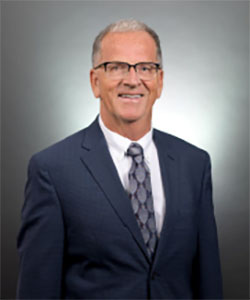 SANTA ANA—Associate Justice David A. Thompson of the California Court of Appeal, Fourth Appellate District, Division Three will retire from the court on October 15, 2021. “After 24 years on the bench, I am looking forward to returning to the private sector for the next chapter in my legal career,” Justice Thompson stated.

Justice Thompson served on the appellate court for 9 years and authored more than 700 opinions covering the full spectrum of civil, commercial, and criminal litigation. Previously, he served 15 years as a trial judge in the Orange County Superior Court where he presided over hundreds of civil trials and heard thousands of civil motions. Click here to read the full story 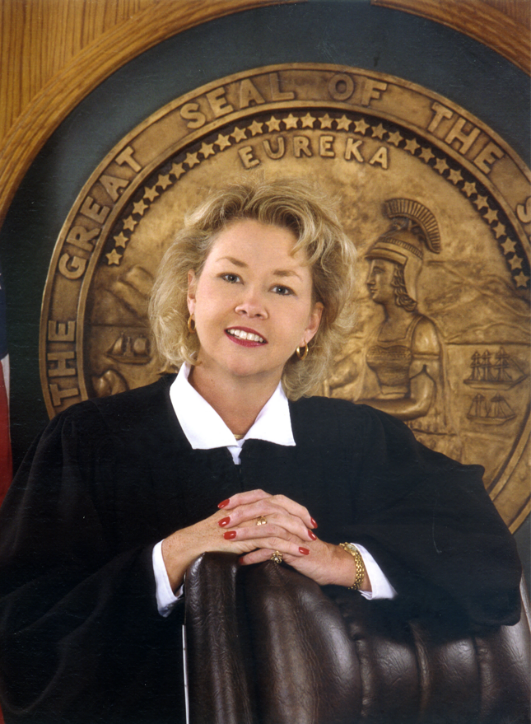 By way of its own motion, this court questioned whether petitioners should be sanctioned for filing a frivolous petition or filing a petition solely to cause delay and provided the opportunity for briefing. Reviewing the record, including petitioners’ responsive briefing and oral argument presented on September 28, 2021, we summarily deny the petition for writ of mandate and find sanctions are warranted.

As sanctions for bringing this frivolous petition, petitioners and petitioners’ counsel are jointly and severally liable to pay $6,965 to real party in interest’s counsel. 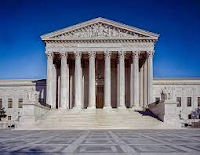 The NLJ has Justices Return to Not-So-Normal Courtroom Arguments:

LACBA’s State Appellate Judicial Evaluation Committee (SAJEC) is vetting Hon. Kevin Brazile, currently of the Los Angeles Superior Court, for potential appointment to the Second District Court of Appeal.  Anyone wishing to provide input on Judge Brazile’s qualifications is welcome to fill out the evaluation form linked below, or to contact committee chair Alana Rotter at arotter@gmsr.com.