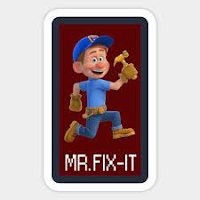 Fixing Appellate Delay is the title of today's DJ column by ... Jon Eisenberg, of course. Three months ago he "filed a complaint with the Commission on Judicial Performance about egregious decisional delay by three justices of the 3rd District Court of Appeal in Sacramento, listing 150 appeals adjudicated in 2018-2020 which had languished for at least two years and as much as seven years from the completion of briefing to submission for decision." He then "asked the California Supreme Court to transfer an additional 57 still-unadjudicated, long-delayed appeals out of the 3rd District for speedy decision elsewhere -- which the Supreme Court denied." Since then he has found 94 more such 3rd District appeals, "for a total of 151 as of Feb. 16, 2021, on top of the previous 150 listed in [his] CJP complaint."

Has this done any good? Well, for one, "[o]pinions have now been filed in about half of those additional 151 moldering appeals -- a long-overdue outpouring." But what about addressing the root problem? He has several suggetions: