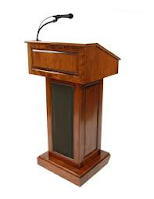 Today's DJ has Moskovitz on Appeal's Appellate Adventures, Chapter 18: How Can I Win at Oral Argument? Myron proposes a "pretty good rule of thumb is this: unless you can think of a good reason to orally argue, you might as well waive it," because (1) there are benefits to waiving oral argument (e.g., expense savings and a faster decision) and (2) in "California state courts, oral argument rarely changes the result." Repeating the points made in the briefs is "usually a waste of time"; rather, "come up with something new -- some way that might turn them around if that draft opinion is against you." "[P]resent a powerful, short theme showing that justice requires a ruling for your client."

Also in today's DJ is a piece on appellate writs by the leader of Haight Brown's Appellate Practice Group, Arezoo Jamshidi. The title is Writs in the Pandemic Era of Litigation, but the content of the article is merely a good review of writ basics in any era.

The latest installment in the world of appellate sanctions is reported by Law360 in 7th Circ. Sanctions Outed Atty for 'Frivolous' Appeal. In short, an attorney sued a former colleague for outing his sexuality to a client; the district court dismissed the case, and the 7th Circuit affirmed, noting that the opening brief (filed after four extensions and after a chance to file a corrected brief) did "not remotely" comply with the federal rules on appellate briefs and offered "no legal basis for disagreeing with the judge's dismissal order."