Justices in the DJ 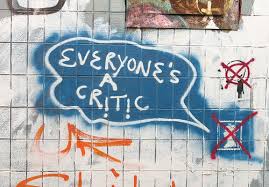 Yesterday's DJ features PJ Gilbert's column titled Miss Ann Thrope, in which he presents his New Year's resolutions: 1. try not to criticize people who overused the "infuriatingly annoying adjective 'iconic'"; 2. try not to complain about misuse of the word "planet" as in 'so and so is the best X on the planet'; 3. not to foist foolish limericks on unsuspecting victims (yes, an example is in the column). ... 5. "not to criticize those of my colleagues throughout the state who in a judicial opinion begin a discussion of the facts or the law with 'at the outset.' Or worse, 'at the outset we note.'" 6. Not to chide the Cal Supreme Court for making "ill-advised" rulings.

Also in yesterday's DJ, 4/3's Justice Eileen Moore offers A Glimpse of the Israeli Judicial System, recounting her recent travel to Israel as part of a delegation from the Beverly Hills Bar Association. She notes that although Israel's "founders called for a constitution to be completed by October 1948, that never happened." She discusses how religious courts have jurisdiction over family law matters, and other issues related to judicial independence. She concludes, "Back home now, I take comfort both in knowing we have our Constitution as well as Justice John Marshall's analysis in Marbury v. Madison. Our separation of church and state isn't bad either."

And in the Appellate Zealots column, Charles Kagay presents Perhaps Cite A Less Disturbing Decision for That Precedent, about why it's better not to cite certain cases like Dred Scott or The Antelope for their dictum because "their troublesome take on the broader issues they raise."

Law360 reports Clerks Might Not Get Coffee, But Can Sway Justices: Study, reporting that:


In a Jan. 5 research paper discussing whether law clerks influence voting in the Supreme Court, five law professors from Stanford University, University of Chicago, Northwestern and Harvard said they found “a positive and statistically significant effect of clerk ideology on judicial voting,” as justices cast about 4 percent more conservative votes when they employ staunchly conservative clerks, relative to more liberal ones.