DJ & other articles of note 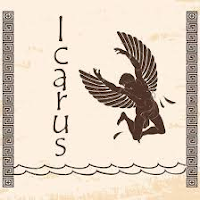 And Fix the Court's Gabe Roth has AFP spent loads of money to get a justice confirmed. Now AFP is a litigant. No one’s recusing. That’s a problem. He notes that on Monday, SCOTUS will hear Americans for Prosperity Foundation v. Rodriguez, but in his view: "only eight of the nine should be hearing the case. That's because, after President Donald Trump nominated then-Judge Amy Coney Barrett to the Supreme Court last fall, Americans for Prosperity launched a national campaign urging her confirmation comprising a 'robust mix of targeted direct-mail, layered digital ads, and other tactics to supplement activists' efforts across the country'-- and costing more than $1 million."

[Law360's story is High Courts Are Still Much Whiter Than Their States.]
Law.com has Resolving Stalemate, Supreme Court Picked Lawyer for Key Pandemic Argument
Posted by Ben Shatz (SCAN) at 8:36 AM