The SCOTUS Historical Society has posted A Snow Story by Carter G. Phillips. The Society also has a documentary about FDR and the Courtpacking Controversy, which relates to an article in today's DJ, Academics and retired judges debate changes to the U.S. Supreme Court, about a discussion sponsored by UC Berkeley School of Law's Public Law and Policy Program: 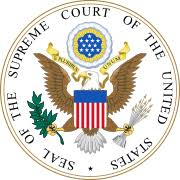 Also of note, Law360 has Retiring Calif. Federal Judge To Give Biden Another Opening: "U.S. District Judge Virginia A. Phillips plans to retire next year after presiding in California's Central District for more than two decades, opening an 18th seat on the Golden State's federal bench that President Joe Biden could fill."
And The Recorder reports California Justices Predict Court Technology Changes Will Outlast Pandemic about a program where Justices Kruger and Jenkins were speaking on elimination of bias and other topics.
Posted by Ben Shatz (SCAN) at 9:27 AM