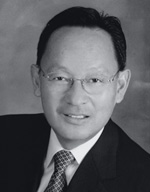 The California Lawyers Association is awarding the prestigious Bernard E. Witkin Medal to outgoing Supreme Court Justice Ming Chin and bestowing other awards on others who represent the best of the legal profession.  Chin, who retired earlier this year after serving on the court since 1996, has authored over 350 majority opinions and more than 100 separate opinions. Among them were landmark decisions involving issues such as DNA, toxic tort insurance coverage, surrogate parents, spousal abuse and hate crimes. Chief Justice Tani Cantil-Sakauye has praised him as a “leader in helping our courts embrace technology to expand access to justice.” He chaired the court’s technology advisory committee, the Science and the Law Steering Committee, and the California Commission for Impartial Courts. The son of Chinese immigrants and the youngest of eight children who grew up working on his parents’ potato farm, he was the first Asian-American attorney in the Alameda County District Attorney’s Office, the first Asian-American partner in a major Oakland law firm, the first Asian-American to serve as president of the Alameda County Bar Association and the first Chinese-American justice on the California Supreme Court.
The Witkin Medal is named for the preeminent legal scholar and writer Bernard E. Witkin, who was its first recipient in 1993. It is awarded annually to a member of the legal community who has helped shape the legal landscape through an extraordinary body of work. See past Witkin Medal recipients.