Governor Gavin Newsom today announced the appointment of Luis Céspedes as Judicial Appointments Secretary in the Office of the Governor. Céspedes fills the position vacated by Justice Martin Jenkins, who was sworn in by Governor Newsom to the California Supreme Court earlier this month.

“Luis Céspedes has championed the cause of civil rights, equal justice, diversity and inclusion throughout his storied legal career,” said Governor Newsom. “From his days as a 15-year-old going on strike with the United Farm Workers alongside César Chávez, to his time as a Capitol staffer and decades as a lawyer, Luis’ resilience and compassion have touched countless lives and earned the respect of countless others. I am proud to have him join our team and look forward to his counsel as we continue to build a bench that reflects the rich diversity of California.”

Luis Céspedes, 68, of Carmichael, has been an Attorney at Law for the Law Offices of Luis A. Céspedes since 1982. He was a Partner at Céspedes, Namba & Nakagawa from 1992 to 1994 and Principal Consultant for the California State Assembly Committee on Health from 1980 to 1982. Céspedes was Administrative Assistant to State Assemblymember Vic Fazio from 1975 to 1977, Senior Consultant for the California State Assembly Office of Majority Consultants in 1975 and a Law Clerk and Case Analyst at the U.S. Equal Employment Opportunity Commission from 1971 to 1974. He is a member of the Sacramento County Bar Association, the Schwartz Levi American Inn of Court, the Emerging Latino Leadership Foundation and the Cruz Reynoso Bar Association. In 2018, Céspedes was named “Distinguished Attorney of the Year” by the Sacramento County Bar Association. He earned a Juris Doctor degree from the University of California, Berkeley School of Law and a Master of Arts degree in urban studies from Occidental College. This position does not require Senate confirmation and the compensation is $207,000. Céspedes is a Democrat. 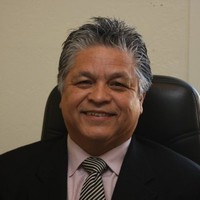