Also on the access-to-justice topic, today is Veteran's Day, a court holiday for both state and federal courts. But did you know that the fourth Friday in September, Native American Day, is also now a state court holiday starting in 2015? The MetNews reports (in Legislature Inadvertently Creates Additional Court Holiday) that this newly created holiday was not intended to be a court holiday, but inadvertently was enacted as one. So the Legislature is working on fixing that... Will it get done by September? 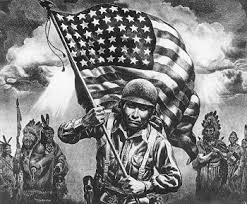