Settlement does not equal dismissal of appeal

Typically when a case settles on appeal, the appeal gets dismissed. But not always, and especially not necessarily when the settlement comes late in the process.
Reader Jeffrey Lewis points out footnote 1 in Bock v. Hansen (1DCA2), a published opinion from last week:


This case was argued on January 22, 2014, and submitted that day. Today, April 2, 2014, the day the opinion is filed, the clerk’s office received a letter from counsel advising that the parties have settled and enclosing a stipulation for dismissal of the appeal. We do not have to accept such stipulation. (See Cal. Rules of Court, rule 8.244(c)(2).) And we do not, especially in light of the issues presented.

So what does CRC 8.244(c)(2) say? "If the case settles after the appellant receives a notice setting oral argument or a prehearing conference, the appellant must also immediately notify the Court of Appeal of the settlement by telephone or other expeditious method." It appears from the way the footnote is written that appellant's counsel did not follow this rule. Given the timing, it may not have mattered. But even so, be sure to pick up the phone and alert the court right away if your case settles after you have an oral argument date.
[Update: Electronic filings reveal that the parties settled the case the night before and promptly alerted the Court of Appeal the next morning.] 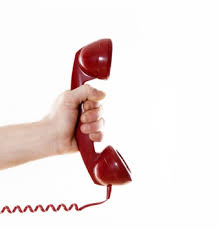 ====
Today's DJ has PJ Gilbert's latest column, Cry Me a River, about the US Supreme Court's opinions in Citizens United and McCutcheon v. FEC: "I do not speculate about the justices' subconscious psychological motivation, nor do I question their integrity. I question their reasoning."
Posted by Ben Shatz (SCAN) at 8:21 AM