[O]n May 31, 2012, Pearson filed a "Notice of Motion for New Trial and Notice of Motion to Set Aside Judgment" with the referee. Pearson did not file the notice or motion for a new trial in the superior court until June 11, 2012. Although Pearson’s May 31 notice was submitted to the Referee within 15 days after it was served with the judgment, Pearson did not file that notice with the superior court clerk as required by Code of Civil Procedure section 659. Pearson has not submitted any authority which holds that service on a referee satisfies the statutory requirement that the notice be filed with the clerk of the court. Thus, Pearson’s May 31 notice did not comply with the filing requirements of Code of Civil Procedure section 659 and therefore it did not preserve the trial court’s jurisdiction to decide the merits of the motion. Likewise, although Pearson’s subsequent motion for a new trial was filed with the superior court clerk, it was filed on June 11, 2012 – more than 15 days after service of the judgment and thus was filed too late. 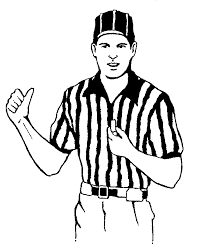 Also from Monday, read and/or watch the Chief's State of the Judiciary Address here.


And, for today's lesson in calendaring, see this opinion, which states "They failed to appear for trial because the attorney miscalendared the trial date." Not a happy ending.