No, not a football analysis to switch to a passing game. Today's DJ's cover story (A 6th District Panel Fares Poorly at State Supreme Court), reports that the 6th District's PJ Conrad Rushing is "the most reversed jurist on the state courts of appeal" because he wrote 5 of the 7 6th DCA opinions the Supreme Court reviewed, of which 6 were reversed (5 penned by the PJ, and he was on the panel of the sixth reversed case). Apparently, "[n]o other justice in the state came close to rivaling such a record." (However, the OC's 4/3 had 5 cases reviewed, all reversed. In contrast 1/3, 1/5 and 2/7 had no cases reviewed.)

The very interesting article includes a reversal chart by court of appeal and demonstrates dogged research. But isn't this merely an instance of statistical anomaly? Perhaps next year some other justice will receive the scarlet R? We'll have to look forward to future year's versions of this article to find out. Articles like this are useful, however, because clients often ask about "reversal rates" of various courts. Also of note is the point that the 6th DCA "has long operated with de facto three-judge panels decided by Rushing," rather than random panels, a system that "appears to be connected to long-standing tensions between judges on the court." 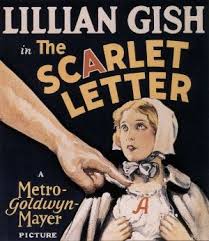 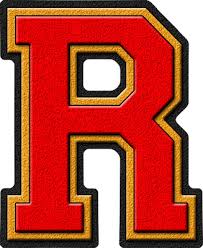 What's your type? In other DJ-appellate news, this week's "Top 100" special report insert includes two lawyers willing to list their "Practice type" as "appellate litigation": GMSR's Tim Coates and H&L's Jeremy Rosen. (A few others in the listing include "appeals" in the "Specialty" subheading, of course, but at SCAN we're only highlight those willing to proudly wear the scarlet N, for appellate nerd. That is, someone who honestly gets excited by the newly issued summer issue of CAL's newsletter, Appellate Issues.)

Not to miss the appellate bandwagon, today's Recorder has an "In Practice" article by Ben Feuer, A Dozen Tips to Save Your Appeal.

Finally, retired Justice Moreno will be honored at the 5th Annual Justice Jam on October 4. Details here.
Posted by Ben Shatz (SCAN) at 9:26 AM